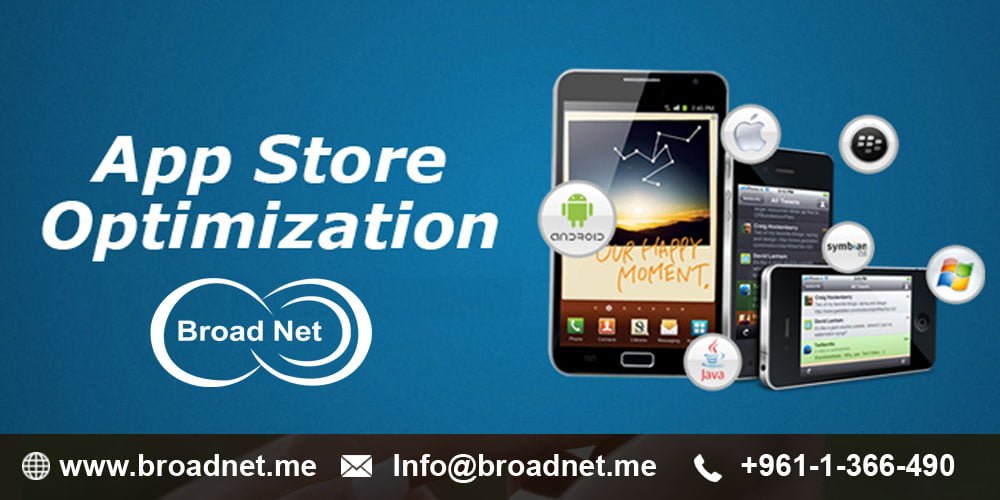 App Store Optimization is a critical technique, which is based on optimizing the mobile apps according to search engines’ algorithms. BroadNet Technologies is a leading app store optimization company, which revises the functionality of mobile apps for good, thus driving organic downloads and improving app search visibility. Developing a terrific mobile application is although a great job yet when it comes to attracting a plenty of targeted users towards it, it is, by long odds, a hard nut to crack for many businesspersons. The continued use of the apps on an increasing basis has posed this arduous task of optimizing them and with that said, BroadNet Technologies has turned up on the internet and is doing the job very well according to the existing customers.

At BroadNet Technologies, we offer a range of substantial data to aid mobile app developers to evaluate relevant keywords for their app that can assist in keeping a track of its visibility on the Apple Store. We are followed by a host of real users who spur us to optimize their app according to search engine algorithms. App Store Optimization is an inexpensive and result-oriented technique to give their app maximum visibility.

App store optimization is just the ticket to give lowest cost visibility of the apps in their mobile world. Our ASO experts at BroadNet Technologies deploy hard-hitting SEO techniques for an app to earn credibility in the App Store and get familiar with the search engine algorithms. The app title, provided that it is appropriate, can work wonders in carving a niche for it in the cutthroat competition. BroadNet Technologies is committed to suggesting second-to-none titles for their apps with the view to helping them earn supreme visibility.

Relevant keywords are a great way to make their app more ascertainable while irrelevant keywords can lead the apps into anonymity. BroadNet Technologies is a dependable name in the domain of app keyword ranking and we can partner together mutually to achieve the goal.